Clean Energy Jobs are Cleaning up in California

California clean energy companies have added over 5,000 jobs through September, and the trend should continue well into the future as the clean technology sector builds support and momentum. Clean technology companies are looking to those states that have established favorable renewable energy laws, which has resulted in a boom of solar energy technology in Sacramento and throughout California.

The Sacramento Regional Technology Alliance (SARTA) has established an initiative, CleanStart, focused on accelerating clean technologies in the region.  The CleanStart program has identified and mapped many of the green technology companies that are already bringing clean energy jobs and innovation to Sacramento. 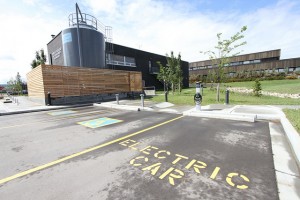 Nevada led the year with clean technology job creation, mainly resulting from the Tesla Motors lithium-battery manufacturing plant that selected the state as the site of their new gigafactory. New York announced the creation of the second-highest number of new clean jobs in the country, while California was the third greatest implementer of jobs by quarter 3 in September.

A leading nonprofit in the industry, Environmental Entrepreneurs, found that more than 18,000 jobs were added in the sector in 20 states over the last year by the third quarter.

This is an incredible time in history for the clean energy industry, as newer, clean technologies are gaining momentum in replacing fossil fuels. Wheel Media is committed to helping green companies grow, create more jobs, and do more good.